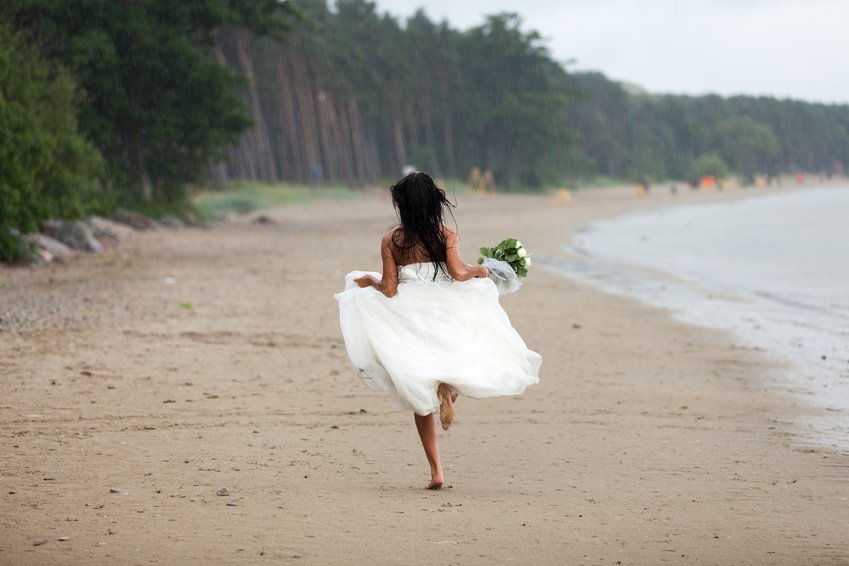 Staying Put after a Lifetime of Abandonment and Grand Exits

Amy Eden offers a deeply personal look at how abandonment in childhood later played out in her relationships.  But she learns to deconstruct her “urge to flee” and stay present instead.

First you’re abandoned, then you live with an urge to flee.

I have spent my entire life anxiously ready for things to fall apart.  My shoulders are never completely without tension, same for my eyes in their sockets.  There’s always the potential for a need to leave. I have spent my entire life ready to bail out, to get out, to save myself. To run. I’m sitting in the back of the restaurant facing the door and patrons, ready, at all times, for The End.

I should have sought work in a hospital emergency room as something.

I have ended many relationships in an angry flourish that lived up to that anxious anticipation, heaping a longtime on-and-off again boyfriend’s belongings outside my locked apartment door in NYC, walking out of a bar mid-conversation on a man with whom I lived and not returning home that night in Cambridge, or by lashing out in writing, with agony and bile, to end things in San Francisco…in a satisfying manner that justified the hell I’d supposedly been put through.

It’s pretty obvious that my break-ups were all about me reenacting abandonment from my childhood, and trying to hurt my parents back for leaving me. They’d messed with my head and my heart, dammit.  (After my parents split up when I was three or four, I lived with my mother for a summer until she brought me to her parent’s house for what was supposed to be a weekend but turned into a year or two, until my father appeared to take responsibility for me.)

My fiancee and I are in the same relationship, but we experience it very differently.  He expects it to last the rest of his life, and he thinks we’re built to last.  These things are probably true; however, while he experiences our relationships like a comfortable blanket that soothes and warms him and is reliable and softer with increasing cycles through the washing machine, I experience it more like an animal brought in from the cold, who is trying to learn to curl up into the softness but startles at the smallest inconsistency or upset all too easily–“What’s that noise? Get up, grab the flashlight, gotta go!”

But! I have hope! Slowly, through becoming more and more aware of my daydreams centered around fleeing (and having some daydreams that were shockingly extreme ‘the end’ scenarios), I’m actually learning what it’s like to let go of my rip cord, just let my hand fall to my side and not reach for that cord to release, and “be” in my present reality.  That’s a satisfying moment.  I bet it’s what normal people feel like.

If you’re aware of your ‘exit strategy’ daydreams, then you have the awareness and 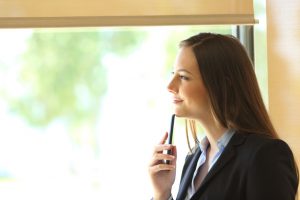 opportunity to practice putting them in their place (you know the daydreams, the ones in which you move to a different state, where you’ll be happier and things will be easier and you’ll get a fresh start — or the daydream about your plan for the relationship break-up, where you’ll go, what you’ll do next, and the better person you’ll be in your new life — or the daydream about quitting your job so that you won’t have to deal with such critical, micro-managing, ego-tripping bosses ever again, or where you get a job that has only easy tasks that you’re really good at and where there are no difficult co-worker relationships…those daydreams).

The next time you catch yourself daydreaming about fleeing your current commitments, observe yourself and learn.  Look for the why behind the onset of the daydream:

What preceded the daydream – what just happened (whether an occurrence or a thought)?

What will be easier ‘on the other side’?

Pay attention to all of that.

Meanwhile, practice staying put. Let the itch to flee exist, but don’t indulge it. Instead, observe it, and recognize it for what it is.  Don’t let it have ultimate power over you anymore.

It’s delicious when I remember to let go of my exit plan for a day and enjoy what I’ve got. Why not let people get to know me – I mean, since I’m going to be sticking around?  (I once lived with a roommate for four years but never really got to know her/let her know me; from the day she moved in, I anticipated her leaving and getting a new roommate. ) Staying put and letting go of my exit plan blueprint is an unfamiliar freedom that I need to practice at, till it’s more of a habit, and easier to be in a state of then that of fear.

With fewer endings in our lives, we have much more room and energy for…

Do you have a personal story to share?  Go to my Contact page and submit your emotional health or relationship success story idea for possible publication in LoveAndLifeToolbox.com.

Amy Eden is a writer, speaker, and workshop facilitator based in Petaluma, CA. She is the author of the book, The Kind Self-Healing Book: Raise Yourself Up with Curiosity and Compassion, available May 2015 on Amazon.