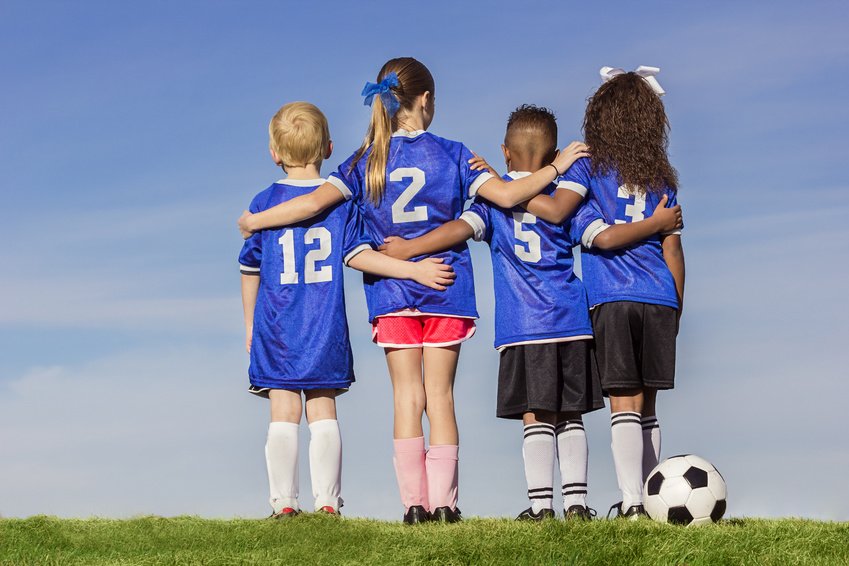 The National Alliance for Sports recently reported that “70% of children drop out of organized sports by age 13.”  The reasons cited include injuries from overuse (specializing in one sport at too young of an age) and burnout, among others.  And the layers under all of this are complex, involving parental “fear of missing out” and concern their child will not make a high school team later if they don’t get on the competitive, travel team bus.

It’s not to say that some kids don’t really enjoy one sport and competition earlier than some.  Regardless, the early focus and intensity is clearly become a problem.  Parents, coaches, sports organizations and even universities who apparently are starting to recruit players as young as 8th grade (Syracuse University recently got a verbal commitment of a pre-teen girl to play with their lacrosse team) are creating a societal pressure cooker around our kids and their sports lives.

What’s a parent to do?  How can we encourage our children’s sports lives but keep it all in check, particularly if your child shows some aptitude for the sport?  I’m not perfect – I’m like many other parents who enjoys seeing my kid do well and can get caught up.  But I also know there is potential for a slippery slope on the horizon.  And I’d really like to avoid having a 13 year old in a few years who has burned out in a sport he used to love – or is hurt.

Specializing in sports too early isn’t only inviting injury but simply unnecessary.  John O’Sullivan, a former professional soccer player and founder of Changing the Game Project, believes it’s less of a sports issue and more of a wellness issue.  “The actual science and evidence that we look at though shows that except in sports like female gymnastics where kids hit their peak when they’re 14- (and) 15-years-old, specializing in one sport before the age of 12 is going to be a far less likely path to actually elite level performance,” he said.

We can turn the tide on this but it will require mindful attention by all of us, in each of our collective communities.

Everything in moderation.  If possible, focus on one sport a season and mix in other activities like outdoor free play with friends.  Remember when we used to do that?

Encourage self-reflection rather than praise for success.  Rather than a sole focus on accolades for your child for the goal they made or the stellar play at 2nd base, ask them if they had fun.  What did they like about the game?  Celebrations is great but keep your perspective.

Check your fear at the door.  Whether it’s trying to relive your own youth or worrying that if you don’t push them they’ll fall behind, separate your issues from your child.  If they are truly talented, this will show itself in time anyway, whether or not they play at the recreation or competitive level.

Redefine your ideas about success.  Is success all about winning or wether your child starts?  Open yourself to the idea that it can also be taking a supportive role, encouraging others or being a positive team member.

Resist pressure by sports clubs.  I’ve observed kids who play competitive soccer being “strongly encouraged” to play year-round with the same club; join their clinics and off-season teams.  They are cutting into several weeks of the children’s end of summer break from school by insisting they show up for pre-season training – or risk losing a spot.  8 year olds.  In some cases kids are being asked to pick one sport which flies in the face of seasonal sport play as it used to be.  Don’t allow your sports organizations to hijack your family values – or your family in general.

Love watching your kids play.   Childhood flies by and so do sports seasons.  Enjoy it and make sure to tell your young player, “I love watching you play.”

I am fully aware that some parents may reject some of the the ideas above and have scholarships on the brain or believe they have a professional athlete in the making.  I believe there are anomaly families who have a child who is enamored with the sport he or she is focused on even at the cost of other types of play.  He or she might even have a family who is all on board for the weekend travel schedule.  Perhaps burnout wouldn’t occur and hopefully no devastating injuries either.  If it works across the board, then great.

But for most of us, consider the following.

Allow your child’s athletic journey to belong to them, not you.  Focus on the bigger picture for your child and family.  If it’s no longer fun, maybe it’s time to consider a change.  Lastly, your kids are watching you.  What you do and say strongly influences who they will become.  What are they learning?