Trauma: Why Can’t I Just Get Over This?

If you are asking yourself that question months or even years after a difficult event then it is time to take a closer look.  Terrible things can and do happen to good people and can continue to lead to strong emotions long after the event has passed.  This is especially true when you have experienced a traumatic event.  Our bodies are wired to get us out of danger and this mechanism can continue to work overtime even when the danger is long in the past.

Trauma is the great human equalizer.  Unfortunately, bad things can leave us feelings out of control in our lives and yet a traumatic event is more common than we imagine.  Over 82% of those surveyed (2013) admitted to experiencing a trauma in their lifetime.  Of those 82%, more than 20% could be diagnosed with Post-Traumatic Stress Disorder.  And yet, many do not recognize that they continue to suffer because of a trauma from the past.  Even worse, they may not realize that there are really practical things that can help..

3 Stories with a Common Theme

I want to start by introducing myself.  My name is Dr. Anna B Baranowsky and I am a Clinical Psychologist with a specialization in after trauma care.  I have dedicated my career to assisting trauma survivors and training professional care-providers to work with the approaches that I know help.

When Jessica walked into my office she wore a crisply tailored suit and a $300 haircut.  Saying she was polished would have been an understatement.  She explained that she ran a high profile ad agency and had no close friends, no children and no spouse.  She had a health scare last year at the age of 42.  I could feel her loneliness as she described lying in bed after surgery with no one she felt close enough to call when she woke up.  She explained to me that she did not feel safe sharing her vulnerability with anyone.  I said one word “lonely” and she started to sob quietly.  This breakdown was Jessica’s breakthrough and the beginning of her year of revelations and growth.

Peter grow up in a rough part of town where fitting in meant bullying or risking being bullied himself.  The mistreatment started in his own family with two older brothers who picked on him daily.  As soon as he could, he joined the military to get away from poverty, get some education and start a new life far away from a family who seemed to have no interest or resources for him.  He deployed overseas shortly after successfully completing basic training.  He was the top of his class and finally feeling good about himself.

Amanda loved the outdoors.  Hiking, biking and canoeing.  Wilderness adventures were times filled with a deep sense of awe and full emersion into what she felt was a divine world.  Her peace was broken and her sense of comfort in the wilderness shattered when she found herself in a struggle for survival rather than a journey of awe.

What tied Amanda, Peter and Jessica together?  Each experienced terrible life altering traumatic events.  They felt shaken up and overwhelmed by feelings of fear; jumpy sensations in their bodies; and thoughts and worries they could not shut out or stop.

Amanda, Peter and Jessica were diagnosed with Post-Traumatic Stress Disorder.  They each received treatment and they each recovered.  Getting the right care meant that they were able to move on in their lives, feeling less bothered about the past, better about life and more hopeful about the future.

Before getting help, Jessica believed that she was un-loveable.  She experienced years of being sexually abused by an Uncle.  She grew up believing that she could never trust anyone.  As a child, she tried to get her mother to stop the abuse only to hear her say, “what are you doing to provoke this?”  She chose to protect herself by never letting anyone get too close to her.  She thought this would protect her but in the end she was isolated and only had her career for company.

Peter excelled in his military role moving up the ranks and finally feeling like he had a family that cared for him valuing his skills and contributions.  On patrol, he was traveling in a armored vehicle  which IED (Improvised Explosive Device) detonated.  The vehicle flipped and he sustained a spinal injury leaving him paralyzed from the waist down.  He had partial use of his hands.  Life was never going to be the same.

Amanda went through each day in an emotional fog.  She was no longer the smiling vibrant woman her family and friends remembered just a year earlier.  She could not come to terms with the terrible drowning of her childhood friend.  Sandy and Amanda were paddling their canoe on the rapids when a storm worsened.  They were both thrown suddenly along with their belongings into the cold water.  She struggled to pull herself to shore.  Shivering, she realized that she arrived at shore alone.  Sandy was nowhere in sight.  She asked herself, how could this be?  Sandy was the stronger swimmer and she was right beyond her heading to shore.  Nothing after that, made any sense to Amanda.  She blamed herself and vowed to never forgive herself.  She was plagued by memories of that day.  She played the memory over and over-again with no relief in sight. 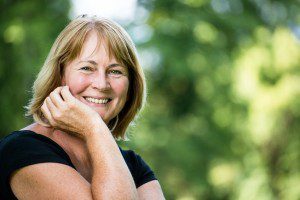 We know that trauma can take a terrible toll on our nervous systems – leaving us feeling jumpy, constantly anxious.  One woman explained to me that she constantly felt like her heart would jump out of her chest.  Another described how the mind never stopped rewinding the terrible moments.

Yet, we now understand that not only can we recover from traumatic events our bodies are actually wired to find ways to reclaim calm and adjust to life after trauma.

The best approaches after trauma include 3 basic steps:

Whatever you chose to do, it is critical to know that you do not have to do this alone and that there are people and programs that can help you, wherever you are.

Dr. Anna B. Baranowsky, Ph.D., C.Psych, is a psychologist and the CEO of the Traumatology Institute (Canada). Her guiding principle has been the development of services to meet the needs of trauma survivors, their families, friends and organizations, and professionals seeking personal care and training to advance their knowledge in the field of after-trauma care. She is also the author of the best seller Trauma Practice: Tools for Stabilization & Recovery (2014, Baranowsky & Gentry) and What is PTSD? 3 Steps for Healing Trauma (2012, Baranowsky & Lauer).