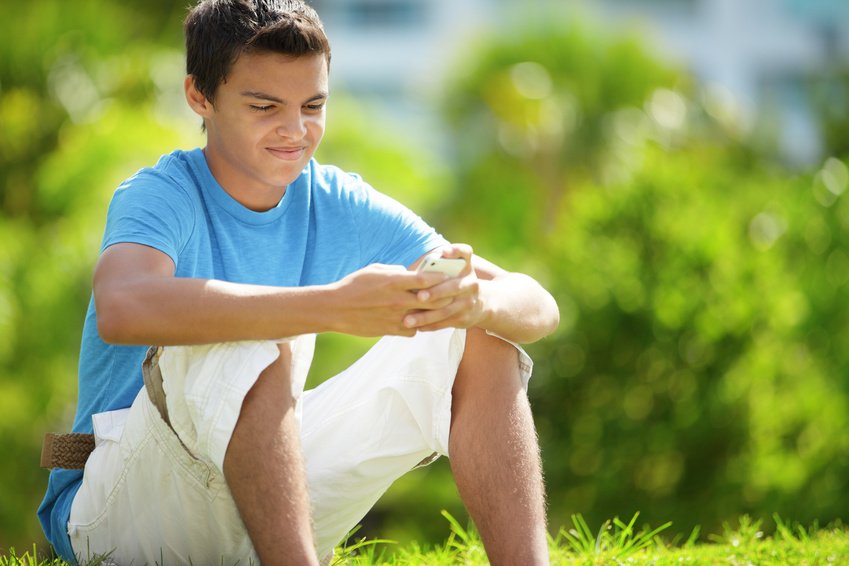 Parenting a Teen? Get Familiar with Current Smartphone Trends

Uriah Guilford MFT, unpacks the realities of how teens are using their smartphones these days including a new “fear of missing out” phenomenon that can actually fuel stress and anxiety.

If you are a parent of a teenager you know how challenging it is to keep up with the current trends in technology and social media. You may even feel behind the curve if your teenager is especially smart and digitally connected. In my therapy office I talk to teenagers and their parents everyday about technology and how it is impacting their lives. There are some important trends that are taking place, some you may be aware of and some that may seem a bit surprising.

The first and most obvious trend is that large numbers of teenagers have smartphones and they are constantly using their mobile devices. It won’t be long before 50% or more of American teens have a smartphone. Kids are getting tablet computers, iPods and smartphones at increasingly younger ages. The growth of mobile devices is a huge trend in our culture in general. In fact, this coming year, the mobile industry is going to ship one billion smartphones.

With constant access to smartphones there are serious challenges with managing how much time is spent on them. To be honest, this is a tough one for adults just as much as teenagers. I’m sure that you can relate.

There was a study done a few years ago by the Kaiser Family Foundation that showed that children ages 8 to 18 spend an average of ten hours and 45 minutes a day accessing technology. This is not just smartphones, but any kind of media that has a screen, including TV, computers, tablets and video games. Often this involves multiple screens being used at the same time. So, teens are trying to do their homework while texting on their smartphone, watching YouTube videos and checking Instagram. I know that I don’t have to tell you that managing smartphone usage becomes a particular challenge.

I have noticed that YouTube is especially addicting. Teens often don’t know how or when to shut it down and they have trouble managing the time that they are spending. They can stay up super late watching video after video and it affects their sleep and then of course their moods and overall health.

3. Teens are moving away from online supervision

As adolescents have always done, modern teens are moving away from online spaces where there is constant adult supervision. For many teens Facebook is more like a chaperoned dance, where parents or other family members are looking over their shoulders and monitoring their every move. So, naturally they are moving to other apps and services where they can “be alone” with their friends, such as Instagram, Tumblr and Snapchat. This particular trend will be a constant no matter how technology develops.

4. There is an increase in stress & anxiety

A reality that we all deal with is that being constantly connected is causing an increase in stress and anxiety. There is perceived pressure to respond to text messages quickly and to keep up with never ending streams of social media posts. A recent article in USAToday said that the vast majority of people wake up in the morning and immediately check their social media apps before doing anything else. This can really create a hyperawareness and level anxiety that is apparent everywhere you go when you see people constantly checking their smartphones.

A relatively new term that someone coined is FOMO, which stands for fear of missing out. This is especially powerful for teenagers who often stay as socially connected as possible. They feel like they have to be constantly plugged in and there is no option to simply not respond. Teenagers are often concerned that somebody is trying to get a hold of them and they don’t want to miss out on that connection. There really is no place or time where a teenagers’ social life is not happening right in their pocket or in the palm of their hand.

When I was a kid I went to school and faced the social challenges, trying desperately to survive the day. When I walked home after school I could shut that off and have a break from the pressure. However, now it is always on. I can’t imagine what my high school years, as tough as they were, would have been like if social media existed!

On a more positive note, teenagers continue to use their smartphones to stay connected with their friends and get support when they need it. There is something about the digital barrier that texting and chatting online provide that allows teens to be more vulnerable and share more sensitive subjects. This can actually be an amazingly helpful outlet that you can encourage, especially when your teenager won’t talk to you, but you know that she has positive friends.

Contrary to popular belief, young people are actually paying a lot more attention to online privacy and the content that they post. There are certainly a percentage of teens out there that are making poor choices, posting pictures of drunken parties and partially nude “selfies” but I don’t think this is necessarily the norm. In fact, most teens that I talk to say that they almost always think first before they post online and they understand that nothing is private on the Internet. Of course, these are issues that we need to continue to talk to our teens about in a proactive way versus just hoping that they will make good choices.

Uriah Guilford is a parent, a therapist and a technology geek. He has a private practice in Northern California where he specializes in working with adolescents and their families.