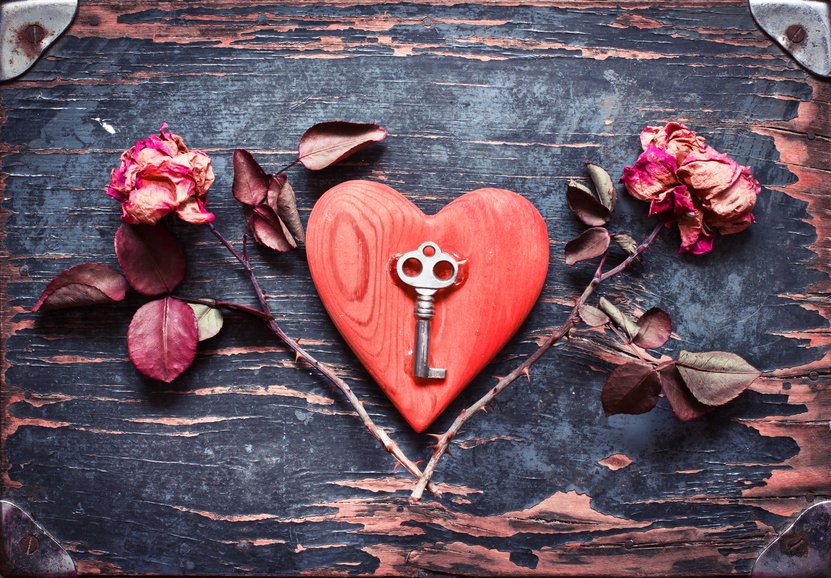 Obstacles to Forgiveness and How to Overcome Them

Linda Graham, MFT examines the challenges of letting go of wrongdoing by others and barriers that can block forgiveness. She offers ways to overcome these obstacles.

Laurie and Jamie sat in my office a few months ago, locked in an impasse all too common in couples therapy. The previous week, Laurie discovered that Jamie had done the seemingly unforgivable: He had had a brief fling with the new administrative assistant in his office while Laure was out of town visiting her ailing father. Jamie was genuinely remorseful, but he also carried a grudge of his own about Laurie’s repeated overspending on their credit card, despite his many requests to stay within their agreed upon budget.

We all know how painful it feels to suffer these kinds of hurts, betrayals, or abuse-and to have this pain harden into lasting grudges or resentments. I’ve spent 20 years helping couples like Laurie and Jamie recover a sense of trust after they have violated their vows or broken their agreements. In that time, I’ve found that helping people understand each other’s underlying motivations is crucial to repairing a rupture between them.

But I’ve also learned that helping people forgive each other is essential, even when there is good reason to resist. Indeed, study after study has suggested that being unable to forgive these past wrongs can wreak havoc on our mental and physical health.

Forgiveness is the practice of letting go of the suffering caused by someone else’s wrongdoing (or even our own). It does not mean excusing, overlooking, forgetting, condoning, or trivializing the harm or jumping to a premature or superficial reconciliation; it doesn’t necessarily require reconciliation at all. Instead, it involves changing our relationship to an offense through understanding, compassion, and release. Two decades of social psychology research have repeatedly demonstrated the psychological, physical, and social benefits of forgiveness. True forgiveness repairs relationships and restores inner well-being.

Yet we often find it hard to let go, forgive, and move on. According to research, even when we can feel compassion and empathy for the person who harmed us, we can remain stuck in fear or hostility for days, months, even years.

Why is something so good for us so hard to do? That’s the questions Ian Williamson at New Mexico Highlands University and Marti Gonzales at the University of Minnesota have explored through research on the psychological impediments to forgiveness.

In a recent study published in the journal Motivation and Emotion, Williamson, Gonzales, and colleagues identify three broad categories of “forgiveness aversion.” Traditionally, ideas for helping one person to forgive another have implied either expanding one’s empathy or compassion for the offender or “distancing,” not taking things so personally. But their research on forgiveness aversion suggests another approach: Forgiveness comes not necessarily by appealing to kindness or compassion but by addressing the victim’s fears and concerns. Williamson and Gonzales’ research suggests how to work with perceived risks to forgiveness and to move toward forgiveness in a safe and genuine way. 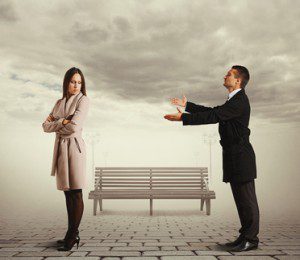 The first block is “unreadiness,” which Williamson and Gonzales define as an inner state of unresolved emotional turmoil that can delay or derail forgiveness. People can feel stuck in a victim loop, ruminating on the wrongs done to them by another person or by life, and be unable to shift their perspective to a larger view, to find the meaning, purpose, lessons, and possibilities for change from the events.

->Who is most likely to experience unreadiness?  Williamson and Gonzales found that people’s tendencies to be anxious and ruminate on the severity of the offending behavior reliably predicted an unreadiness to forgive. People showed more reluctance to move toward forgiveness especially when they held a fear that the offense would be repeated,

->How can we overcome the barrier of unreadiness?  Williamson and Gonzales’ research validates the folk wisdom that “time heals all wounds” and establishes the importance of not rushing the process, not coming to forgiveness too quickly. Certainly the passage of time is an important factor in helping people get some distance from the initial pain, confusion, and anger; it helps the offender establish a track record of new trustworthy behavior and helps the victim reframe the severity of the injury in the larger context of the entire relationship.

Over the three months that I worked with Laurie and Jamie, I saw them confront and ultimately overcome the barrier of unreadiness. In taking that much time, Laurie was able to place Jamie’s transgression in the context of a 17-year marriage that had already survived even greater challenges than Jamie’s one night of out-of-bounds behavior. And over time, Jamie was able to trust the turn-around in Laurie’s spending habits, relaxing his vigilance about her every move. 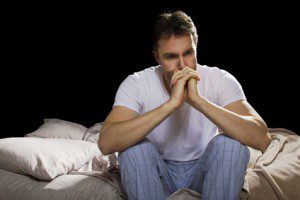 The second block to forgiveness is “self-protection”-a fear, very often legitimate, that forgiveness will backfire and leave the person offering forgiveness vulnerable to further harm, aggression, violation of boundaries, exploitation, or abuse.

->Who is most likely to experience self-protection?  People who have experienced repeatedly harmful behavior, and lack of remorse or apology for that behavior, are most likely to resist forgiving the offending party, according to the research by Williamson and Gonzales. In fact, they found that even the strongest motivation to forgive-to maintain a close relationship-can be mitigated by the perceived severity of the offense and/or by a perceived lack of sincere apology or remorse. Refusing to forgive is an attempt to re-calibrate the power or control in the relationship.

According to their study, one of the hardest decisions people ever face about forgiveness is: Can I get my core needs met in this relationship? Or do I need to give up this relationship to meet my core needs, including needs for safety and trust? The ongoing behavior of the offender is key here. If the hurtful behavior continues, if any sense of wrongdoing is denied, if the impact of the behavior is minimized, if the recipient’s sense of self continues to be diminished by another, or trust continues to be broken, or the victim continues to be blamed for the offender’s behavior-if someone experiences any or all of these factors, then forgiveness can start to feel like an impossible, if not a stupid, thing to do.

->How can we overcome the barrier of self-protection?  “Victims may be legitimately concerned that forgiveness opens them up to further victimization,” write the researchers. “Intriguingly, when people perceive themselves to be more powerful in their relationship, they are more likely to forgive, perhaps because they have fewer self-protection concerns in their relationships with their offenders.”

In other words, people sometimes have understandable fears that offering forgiveness will be (mis)interpreted by the offender as evidence that they can get away with the same behavior again. People very often need to learn they have the right to set and enforce legitimate boundaries in a relationship. Forgiveness can also involve not being in a relationship with the offender any longer or changing the rules and power dynamics for continuing the relationship.

Only when Laurie stopped her overspending and came to respect Jamie’s limits on their monthly budget could Jamie relax his need for self-protection and offer genuine forgiveness for Laurie’s past transgressions. When Laurie could again trust the sincerity of Jamie’s remorse and apology over his betrayal, and trust that indeed the behavior would never happen again, she could relax her need for self-protection and forgive.

How to Set Limits 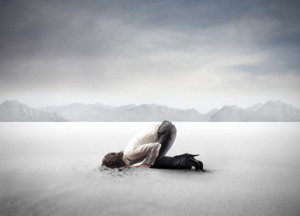 The third block is “face” concerns-what we might call the need to save face in front of other people and protect one’s own public reputation, as well as avoid threats to one’s own self-concept-i.e, feeling that “I’m a pushover” or “I’m a doormat.”

As social beings, we’re primed to not want to appear weak or vulnerable or pathetic in front of other people. We will protect ourselves from feeling inner shame in many ways, which may include a reluctance to forgive. Researchers have also found that hanging on to a grudge can give people a sense of control in their relationships; they may fear that forgiveness will cause them to lose this “social power.” If our concerns about saving face foster a desire to retaliate or seek vengeance rather than forgive, we may need to re-strengthen our inner sense of self-worth and self-respect before forgiveness can be an option.

->Who is most likely to experience face concerns?  People who feel their self-worth has been diminished by the offense, or who experience a threat to their sense of control, belonging, or social reputation, or even feel a need for revenge, are more likely to experience the face concerns that could block forgiveness. “To the extent that victims fear that they may appear weak by forgiving, and are concerned with projecting an image of power and interpersonal control, they should feel more averse to the prospect of forgiving,” write the researchers.

->How can we overcome the barrier of face concerns?  Very often people who have been hurt by another need to recover their own sense of self-respect and self-worth to create the mental space where forgiveness looks like a real option. We need to develop and maintain an inner subjective reality-a sense of self-that is independent of other people’s negative opinions and expectations of us. Good friends, trusted family members, therapists, or clergy can be very helpful in functioning as a True Other to someone’s True Self-they’re figures who can help generate a more positive sense of self.

Laurie and Jamie had kept their struggles private from friends or family, so they didn’t have strong face concerns about social reputations. But they did need to move beyond the shaming-blaming behaviors prevalent when they first came into couples therapy. They had to work on not taking things so personally and on feeling appreciated and worthy in each other’s eyes again before they could move toward forgiveness.

Forgiveness is not easy.

It takes sincere intention and diligent practice over time. But overcoming reluctance, even refusal, to forgive can be facilitated by understanding these specific aversions to forgiveness, and by implementing strategies to address these barriers skillfully.

How to See Yourself