This recent study demonstrates what may be intuitive for some but what’s even more helpful is the Inc.com author’s segue into “what to do about it” if you don’t have this attribute in your current relationship.

Study after study proves people who have good relationships–especially with their spouse or significant other–are most likely to achieve happiness.

But what if there was a single attribute that could predict whether relationships would be good enough–and whether the people in them would ultimately be happy or frustrated?

Now, a massive research project (described by the university that sponsored it as the “most comprehensive study” of marriage happiness to date) says there is in fact one such single characteristic.

It’s bigger than any of the other things we often think of in relationships–bigger than compatibility, growth, sexual attraction, intelligence, wisdom, or values. The single attribute? Kindness.

Here’s the study–plus what to do if you’re already in a relationship, but it doesn’t seem to have the level of kindness you realize you might be missing.

Writing in the Journal of Research in Personality, Bill Chopik, associate professor of psychology and director of the Close Relationships Lab at Michigan State University, explained how he combed through data on 2,500 long-term married couples (20+ years) to figure this out.

His data source involved self-reported responses that the couples had given to the following five questions, which were in turn used to evaluate their degree of aptitude in five dimensions:

Across the board, Chopik reported, couples who reported higher levels of agreeableness (No. 2) and lower levels of emotional instability (No. 4) also reported being happier with their relationships.

Surprisingly to Chopik and his team, other questions about whether couples had common interests or personalities didn’t have very much effect on happiness at all. (So much for dating apps that promise to find “compatible” matches!)

“People invest a lot in finding someone who’s compatible, but our research says that may not be the ‘end-all, be-all,'” Chopik explained. “Instead, people may want to ask, ‘Are they a nice person?’ ‘Do they have a lot of anxiety?’ Those things matter way more.”

Good to know, right? And maybe if you’re dating or on the lookout for a partner, you might file away the advice: Agreeableness and stability matter, along with whatever other attributes you find attractive.

But what if you’re already in a marriage or other serious relationship? And what if, when you assess things honestly, you realize that you and your partner aren’t living up to the kindness and agreeableness standard?

This goes beyond the scope of Chopik’s work, but thankfully there are many other sources to take guidance and inspiration from. I’d point immediately to the work of psychologists Julie and John Gottman, for example, a husband-and-wife team who have spent years studying the same question.

The Gottmans argue that personal relationships are made up of an infinite number of small interactions, and that between couples, most interactions can be seen as “bids for attention” that are intended to inspire “micro-behaviors.”

When you inventory your interactions like this, it becomes clear that a lot of us have work to do in our relationships. One Gottman-trained psychologist estimates that happy couples “turn in” 86 percent of the time, while miserably married couples do it about one-third of the time.

I know this sounds simple. It is–although it’s not always easy to do in practice. But it’s a good three-point plan to try to keep top of mind.

At the end, what do you call someone who pays attention like this, lets you know they care about you, and apologizes when they mess up?

I think we call that person “agreeable” or “kind.”

And just maybe, if Chopik and his team are right, it sounds like we also call them a person in a happy relationship.

See the original post, Want a Happy Relationship? The World’s ‘Most Comprehensive Study’ Says It Comes Down to Just 1 Thing (Plus: How to Get It if You Don’t Have It) by Bill Murphy Jr, on Inc.com. 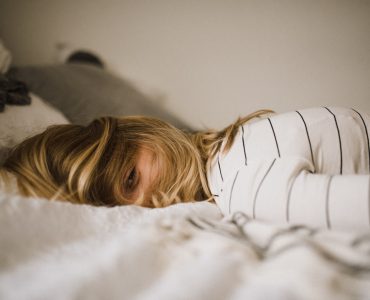 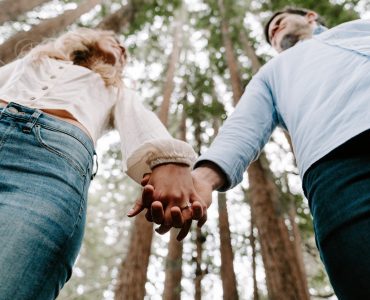