A Closer Look at Narcissism

Richard Nicastro, PhD, digs deeper into narcissism; the differences between a label and actual diagnosis and the pain of loving a narcissist.

Narcissism has been getting a lot of attention lately from professionals and the general public. The term is now commonly used in everyday discourse to describe those we see as self-absorbed and uncaring. This has been called the age of narcissism; research suggests that narcissism is on the rise.

We often slap the label of narcissism onto those who have hurt or infuriated us in some way. In these instances, we might be experiencing the other as self-centered, arrogant, uncaring or inconsiderate. Narcissism has almost become synonymous with “entitled” or “arrogant” or “selfish.” But is that an accurate label in those cases?

Why are you calling someone a narcissist?

In my therapy practice it’s become increasingly common for clients to describe someone, often a spouse/partner, and then ask me if I think this person is a “narcissist” — or the client may already be convinced that the person they are talking about is a narcissist.

There is an increasing awareness that there are painful ramifications of being in a relationship with someone who is narcissistic. And because of this, deciding whether our spouse/partner (or potential spouse/partner) is a narcissist becomes a top priority.

When we talk about someone being narcissistic, we are usually referring to certain behaviors that are enduring — a red flag is raised (or should be raised) if the person repeatedly exhibits narcissistic traits that occur in different contexts.

Like any label, however, there is a danger that the word narcissism is being overused; when this occurs, it loses its meaning. It turns into name-calling, an expression of anger that does little to invite meaningful dialogue or greater understanding.

Here are a few misuses of the word that I’ve recently observed:

Without knowledge of another’s life circumstances and personal struggles, tagging them with a label of narcissism is a judgement rather than an attempt at understanding who they are and why the act the way they do.

Note: Someone with a few narcissist characteristics or who is periodically self-absorbed and seeks admiration doesn’t automatically meet the criteria for Narcissistic Personality Disorder (NPD). NPD is a serious psychiatric disorder that can be difficult to assess, even by professionals who work with personality disordered patients.

The narcissistic fallout: The pain of loving a narcissist 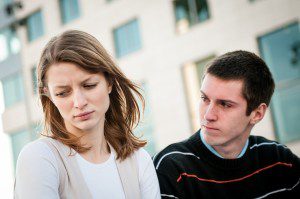 Narcissism (and NPD) can manifest differently and with varying degrees of severity across individuals. Not all narcissists are the same. High functioning narcissists can be very successful in their careers and leaders in the community.

They can quickly impress others and make someone feel important (especially if they see that person as a gateway to getting something they want). People in relationships with high functioning narcissists describe the different realities that exist with the narcissist: The reality shown to the world (where the person is charming, playful, the life of the party, etc.), and the one behind closed doors that only the spouse/partner and children see (moodiness, angry outbursts, unmovable self-centeredness, etc.).

Unsurprisingly, not many people with narcissistic traits or NPD come to see me for therapy.  One of the features of narcissism described by DSM-5 (the manual used by psychologists to make psychiatric diagnoses) is that the individual has a grandiose — unrealistic and inflated — sense of self-importance. It takes humility to seek help from a therapist or anyone for that matter. People with inflated self-esteem who elevate themselves above what they see as the inferior “masses” do not typically believe they need help. They pin the problems of life on others, not themselves.

Usually, it is the spouses/partners and adult children of narcissists who end up in counseling. They are in pain. They may feel used, manipulated. They’ve struggled to form a deep and meaningful connection to their narcissistic loved one, only to be on the receiving end of superficial overtures or the anger that results when admiration isn’t bestowed on the narcissistic partner.

Arming ourselves with knowledge

It’s easy to feel sympathetic to those who struggle with mental health issues. We can readily sympathize with their pain and see how their suffering prevents them from living a more fulfilling, peaceful life. This isn’t usually the case with NPD. Their sense of entitlement and callous use of others to achieve their own end stir our ire and motivate us to find the narcissist amongst us so that we can protect ourselves.

Over-the-top self-importance (as compared to healthy self-esteem), believing that your specialness/uniqueness makes you 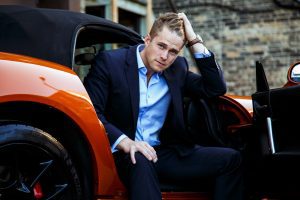 inherently better than others, the ongoing need for excessive admiration, expecting (demanding) favorable treatment, being exploitive, and feeling envious and needing to devalue others are some of the main symptoms used to diagnose NPD.

Narcissism is an interpersonal disorder in that the true narcissist needs others: s/he needs others to bestow adoration upon him/her, and also needs to see others as inferior with the payoff of swelling the narcissist’s own self-worth. The result is that those in the life of a narcissist are frequently belittled, taken advantage of, railed against and used as a proxy to accomplish a self-centered end.

Narcissism can be subtle

Some narcissistic traits are overt and easy to identify (and run from); but there are quieter, more subtle forms of narcissism. In these instances, you may have initially been wowed by the person’s confidence, reeled in by his/her stories of triumph in the face of adversity, only to someday find yourself trapped in a web of manipulation that was gradually woven. When the latter is the case, it can feel like you are going crazy without a clear sense of what is wrong. That is the power of covert exploitation — the exploited one often doesn’t realize it is happening, even when they start to feel the effects of it.

Increasingly, people are reading more about narcissism in order to arm themselves, to identify those in their life (or those they might meet in the future) who are narcissistically toxic. To identify someone with NPD or pronounced narcissistic traits early on is to save oneself from major relationship headaches down the road.

One potential problem occurs when that information causes us to see narcissism everywhere and in everyone. If we’re honest, we are all selfish from time-to-time. And when we’re stressed and running on emotional empty, we can probably seem pretty self-absorbed too.

So rather than quickly labeling someone as a narcissist, focus on the specific traits and behaviors that are of concern to you. And ask yourself: